A TEXTBOOK OF YOGA 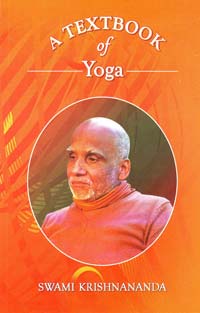 With great joy, we are bringing out our new publication ‘A Textbook of Yoga’ by Worshipful Sri Swami Krishnanandaji Maharaj. The book comprises Sri Swamiji Maharaj’s illuminating discourses addressed to the students of the Yoga Vedanta Forest Academy course held from March to May in 1991.

As these lectures were meant for the students who had come to the Ashram for the first time, Sri Swamiji Maharaj, out of great compassion, lucidly explained what yoga is and why it is necessary, what the Ultimate Reality is, and how to practise meditation in order to realise It.

Thus, this book becomes a valuable guide for all those with no prior exposure to yoga philosophy and practice, to be introduced to yoga from a philosophical and practical point of view, and then to carry on the practice in their day-to-day lives.

THE TRUE NATURE OF OUR EXISTENCE

Philosophy is said to be the investigation into the causes of phenomena which are around us, and in which we are also involved. We see things happening, events taking place, but mostly we do not know why they occur at all. We can observe winds blowing, rain falling, the sun getting hot, etc., as a routine affair in our daily lives, but many of us will not be able to explain why the winds should blow. Why should it rain at a particular time? Why is the sun hot or cold, as the case may be? Why are things what they are? Questions of this kind have often evoked no proper answer. Many a time we find ourselves helpless in knowing what is happening at all in this world, and why we are what we are.

The only thing that seems to be impinging upon us and has a direct effect upon our lives is a series of troubles, responsibilities, difficulties, problems and the like, which we confront every day. Even if we are daily confronting problems, responsibilities and troubles, many of us, educated though we may be, may not know what our problems are. People many a time complain of difficulties in life, but if we ask them to make a list of all their difficulties, they will not be able to make a list. There is a chaos even in thinking about one’s daily confrontations. "What are your problems, sir, about which you are daily complaining? Tell me all your problems. How many are they?" It will be very difficult to enumerate these problems. Even those problems which we are facing daily with open eyes do not seem to be very clear to our minds.