THE STUDY AND PRACTICE OF YOGA 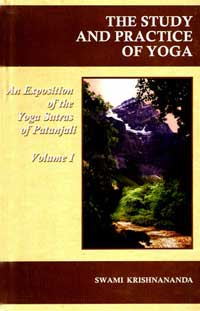 1. A Short History of Religious and Philosophic Thought in India
2. An Analysis of the Brahma Sutra
3. An Introduction to the Philosophy of Yoga
4. Ascent of the Spirit
5. Attainment of the Infinite
6. Brihadaranyaka Upanishad
7. Chhandogya Upanishad
8. Epic of Consciousness
9. Essays in Life and Eternity
10. In the Light of Wisdom
11. Mandukya Upanishad
12. Mundaka Upanishad
13. My Life
14. Philosophy of Life
15. Philosophy of Religion
16. Philosophy of the Bhagavadgita
17. Philosophy of the Panchadasi
18. Realisation of the Absolute
19. Resurgent Culture
20. Sadhana - The Spiritual Way
21. Secret of the Katha Upanishad
22. Self-realisation: Its Meaning and Method
23. Spiritual Import of the Mahabharata and the Bhagavadgita
24. Studies in Comparative Philosophy
25. To Thine Own Self Be True
26. Vision of Life
27. Yoga as a Universal Science
28. Yoga of Meditation
29. Your Questions Answered

This is a compilation of the 110 lectures that Swami Krishnananda delivered on the Yoga Sutras of Patanjali between March and August in 1976. Patanjali’s Yoga Sutras are a manual on mind control, meditation and mental discipline—a manual for spiritual freedom. Crisp and pithy in rendition, the Sutras have an aphoristic quality and urge deeper reflection and dedicated application.

Across various philosophies the denotation of yoga varies. Patanjali uses the term ‘yoga’ to denote a complete cessation of mental modifications so that consciousness rests within itself in the state of moksha or liberation. This teaching has been delivered through emphasis on practice rather than mere philosophy, and this is verily a manual for us to operate the mind and thus our life.

The Yoga Sutras are divided into four padas or chapters. The first chapter, the Samadhi Pada on which this volume is based, focuses on concentration of the mind and the practical aspects necessary for attaining samadhi, or meditative absorption. The second chapter, the Sadhana Pada, is about attaining and holding that single-pointedness through reining in the agitations of the mind by cultivating dispassion, discrimination and dedication. The third chapter, the Vibhuti Pada, focuses on the technique of samyama which is the combination of concentration, meditation and communion for the liberation of the spirit, while the fourth chapter, the Kaivalya Pada, is a metaphysical disquisition which deals with various subjects as a sort of explanation of some of the themes dealt with in the earlier chapters.

It is fitting to draw the reader’s attention to the clarity and simplicity with which Swamiji Maharaj comments on these Sutras. Swami Krishnananda was the living embodiment of that awareness to which the Yoga Sutras and all spiritual texts guide. It is commonly said that Sanskrit, the language of the gods, is by far the only language that has transcended, to some extent, the limitations of vivid expression and bears in it the ability to express the nuances of spiritual processes and the resultant experiences that the great sages and masters have experienced and conveyed to us. That Swamiji is able to bend the limited English language to yield to his knowledge is a completely humbling experience.

These Yoga Sutras of Patanjali spoken by Swami Krishnananda are being made available to the public for the first time. It is our desire to retain the original lectures in their spoken form as much as possible. There are some unique twists of phrases and application of words that are uniquely Swamiji’s in origin and it has been sought to allow those to be as they were intended, without undermining the respect to the English language. Consequently the lectures have been edited in very few places to render them the way Swamiji spoke them.