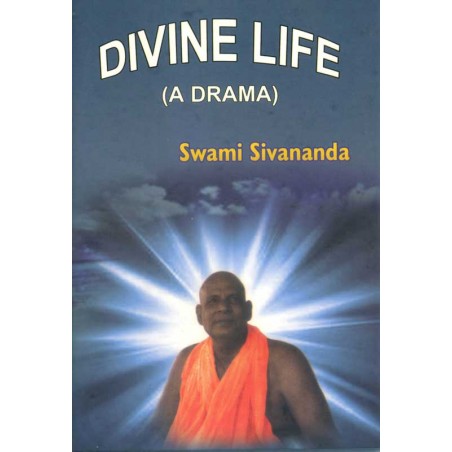 We beg to place before the spiritually inclined public and habitual readers of Sri Swami Sivanandaji’s works, another drama in four acts in the shape of the present volume. The "Brahmacharya Drama" which was the first of its kind written by Sri Swamiji at first appeared in his monumental work: "Sure Ways for Success in Life and God-realisation." Seeing that this drama had peculiar appeal to the students and the public, it was later printed as a separate volume in the present series. It also came to be staged in different parts of the country and was translated into one of the South Indian languages and into Hindi and enacted before crowded gatherings by highly educated persons.

The setting of the present drama is very realistic and should have its own appeal to lovers of histrionics. Our present object will surely be served if this drama is staged by them before crowded audiences with the sole object of sowing the seeds of spirituality on new grounds. We also hope that the reading public at large will accord it a thundering welcome and popularise it amongst others.

This drama will be translated and printed in Hindi for the benefit of the Hindi knowing public.