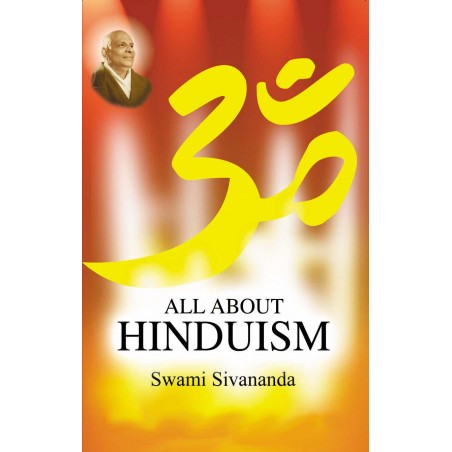 A unique book of its kind elucidating, as never before, the nuances of the all-comprehensive religion of Hinduism, the best extant textbook in its theory and practice.

It is but natural that people all over the world should show increasing interest in a religion with so universal an appeal.

“ALL ABOUT HINDUISM” is intended to meet the needs of those who want to be introduced to the various facets of the crystal that is Hinduism. The book, which was first published in 1947, has now been rearranged in a more convenient form, with useful additions here and there, and is now released in its fifth edition.

We do hope that all serious students of Hindu Religion and Philosophy will find the book useful and interesting.