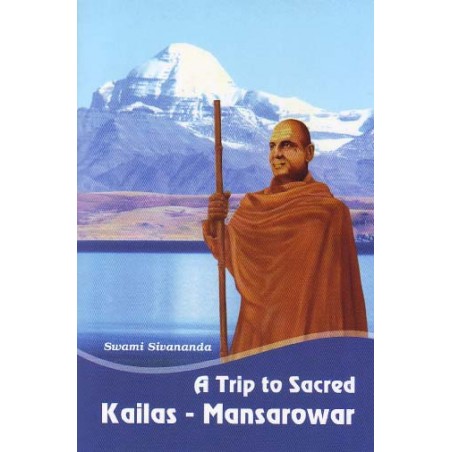 A Trip to Sacred Kailas - Mansarowar

Of all Yatras, Kailas Yatra is most difficult. Kailas is for the Hindus a respected place of pilgrimage of hoary antiquity. It is also called Mount Meru, "King of Mountains". It is the supposed seat of Lord Siva. It is situated in Western Tibet. From time immemorial, it is being frequented by Rishis, Munis, Sages, Sadhus and pious persons. In sacred books like Yoga Vashishta, Mahabharata, etc., mention of Kailas is very often made, in various places. Many Siddhas had lived there in olden days, as the place is extremely charming and favourable for spiritual contemplation. Even Vashishta Maharishi says "Once upon a time, I spent a long time most instructively and delightfully in Kailas hills in the worship of Parameswara, in the performance of Tapas in a raised shed on the banks of the Ganges and the study of many books in the company of Siddhas." In the mind of a Hindu, Kailas is always associated with soul-elevating, sublime, spiritual ideas. Kailas hills are a huge range with a central, beautiful, naturally carved and decorated, shining peak, eternally clad with silvery snow 22,980 feet above sea-level. Some take the height to be 22,028 feet. This particular peak is in the form of a natural huge Siva Linga (Virat form). This is worshipped as the form of Lord Siva from a distance. There is neither a temple nor a Poojari nor daily Pooja there. The picturesque and magnanimous scenery of Kailas with its awful solemnity and weird grandeur of landscape is unprecedented in the whole world. The Alpine scenery is nothing, nothing before Kailas. To many the fruition of all earthly desires is the crowning glory of a visit to the sacred places, by which the sins of former births are cleansed and exemption from metempsychosis is obtained.