Life and Works of Swami Sivananda 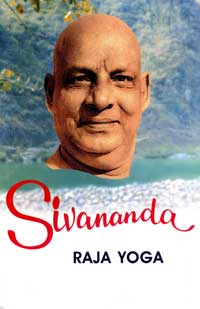 Other books in this series:

A long-awaited text book on raja yoga, not by a Western scholar or Indian pundit, but by one who has attained the goal of yoga — Self-realisation. Instruction is given in language of simplicity, clarity and force. As in all his books, the spirit of Swami Sivananda permeates every page, compelling the reader to put the ideals into practice.

This book is a must for all who aspire to control their mind.

We am indebted to:

We are indebted to:

H.H. Sri Swami Venkatesanandaji Maharaj, whose mammoth task was to compile and edit almost 300 of Holy Master Sri Swami Sivanandaji’s books into 19 volumes, in spite of his demanding programmes and failing health.

The Inward Path to Liberation

The process of yoga embodies an ascent into purity, into that absolute perfection which is the original state of man. It implies therefore the removal of the enveloping impurities, the stilling of the discordant vibratory tempo of the lower sheaths and the establishment of a state of perfect balance and harmony.

Now, all the above-mentioned factors that bind down the individual soul may be seen to be operating on a larger scale through humanity as a whole. The present age is enmeshed in ignorance (characterised by restlessness, a blind clinging to earthly existence, perverted individualism and voluptuous abandonment to pleasures of the flesh) and violence, strife and discord in all walks of life.

Modern age is the machine age. As such it is power-ridden. Discovery of newer ways of generating power, exploiting fresh aspects of known forces and inventing machines to make machines is the present craze under man’s control, but man himself does not have his senses and his mind under his control. This has resulted in the misuse and abuse of the fruits of civilisation and science, because all power corrupts. The adoption of the yoga way of life is the release from and the guarantee against such abuse of power and the resultant disaster. Training in yoga brings to man several supernormal powers that no machine can ever generate. Yet the discipline laid down on the path ensures against their abuse.