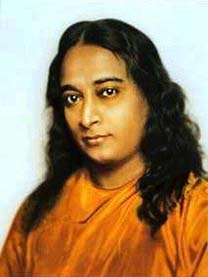 Paramahansa Yogananda was born on 5 January, 1893, near the Himalayas, in Gorakhpur. His parents, brothers and sisters were all saintly and pious, but Mukunda (the boyhood name of Yogananda) was unique amongst all of them. He displayed his spiritual gifts and powers even from his childhood.

His line of Gurus descended from Babaji, the deathless Guru said to be the reincarnation of Lord Krishna. Babaji’s disciple was Lahiri Mahasaya, who in turn had as his disciple, Sri Yukteswar. It was Sri Yukteswar who was destined to be the spiritual master of Paramahansa Yogananda.

For ten years Yoganandaji trained for his high duty at the Ashram of his Guru, pursuing his university career at the same time. After his rigorous training, filled with the light of God-vision, he was now ready to undertake the mission entrusted to him by his line of Gurus.

The education of the youth was always dear to the heart of Yoganandaji. He set up his first school in Bengal in 1917. Its curriculum includes the standard high school subjects as well as Yoga concentration, meditation and the Yogoda system of physical development.

In 1920, Yoganandaji went to America as a delegate from India to the International Congress of Religions at Boston, and from then on America became his home. Five years later he founded the Self-Realization Fellowship with its head quarters at Mount Washington, Los Angeles. In his famous Autobiography of a Yogi, Yoganandaji has given graphic descriptions of his spiritual experiences and his contact with the great Yogis of India. This book has since become one of the greatest spiritual classics in the world and has been translated into many languages.

Paramahansa Yogananda had a broad and liberal heart. Even though he himself was a great Master, he approached other saints with great reverence.

Kriya Yoga was the method of God-realisation taught by Yoganandaji. His mission in the West was to spread the knowledge of Yoga practices, by which man can enter into union with God. Yoganandaji also gave new explanations to the teachings of the Bible, showing the similarity of its teachings with that of Hinduism. He promoted the cause of a better understanding between the East and West. Numerous students got personal instructions in Yoga teachings in the classes conducted by him in his ministry of thirty-two years. He spoke in churches, societies, universities and clubs.

In 1935, Yoganandaji’s class instructions were published in the form of lessons and mailed to students all over the world. In India the same teachings were spread by the Yogoda Satsanga Society, with its headquarters at Dakshineswar.

The Self-Realization Fellowship today has hundreds of centres throughout the world. There are seven large centres in California, where renunciates stay to serve and practise Yoga. A number of trained monks tour all over the world, giving discourses and Kriya Yoga initiation to students.

Yoganandaji attained Mahasamadhi on March 7, 1952. The great Master showed his power over death, for his body did not decay for many weeks.

Paramahansa Yogananda’s biography has been reproduced from Swami Sivananda’s “Yoga Lessons for Children (Vol. 7)”, published by the Divine Life Society of South Africa.